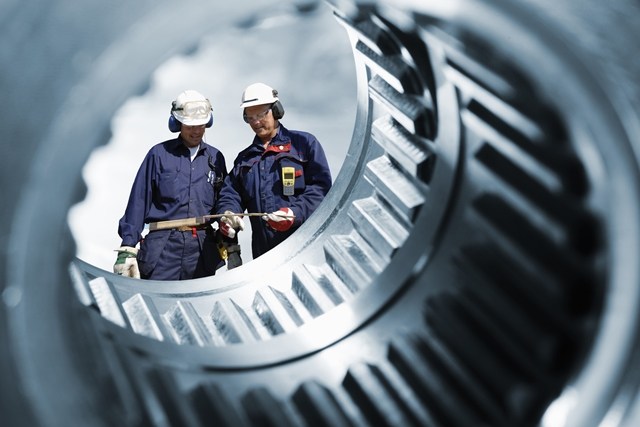 The upturn inside the eurozone manufacturing sector showed further indications of cooling in May. Rates of expansion in output and new orders both slowed, with increases in employment and backlogs of also losing momentum. Input cost inflation rose initially in four months, whereas the interest rate of boost in output charges slowed further.

The final IHS Markit Eurozone Manufacturing PMI?posted a 15-month low of 55.5 in May, down from 56.2 in April and unchanged from the earlier flash estimate. The rate of increase has eased in every of month since hitting an all-time full of December. The PMI has signalled expansion for 59 months back to back and remained above its long-run average (51.9).

The upturn remained broad-based by sector, with growth recorded over the consumer, intermediate and investment goods industries. However, rates of increase eased overall three cases. The steepest expansion was again registered inside the investment goods category and also the weakest in consumer goods.

All eight on the nations covered saw manufacturing operating conditions improve during May. Growth was led via the Netherlands, Austria and Germany, despite the 3 injuries seeing their respective rates of expansion slow. Spain and Italy also saw weaker growth, while accelerations were registered in France, Ireland and Greece.

While manufacturing production and new orders both rose further during May, rates of increase were the weakest in around one-and-a-half years. New export business also continued to better, albeit in the weaker pace. The increases in all of the three variables remained widespread, with growth affecting every one of the nations covered by the survey.

Commenting for the final Manufacturing PMI data, Chris Williamson, Chief Business Economist at IHS Markit says:?”The eurozone manufacturing sector reported its weakest expansion for 15 months in May. A few of the weakness had been regarding a more significant than normal quantity of holidays within the month, but risks appear tilted towards growth remaining subdued as well as cooling further in coming months.

“Slowing export sales happen to be an integral continue both production and order book growth, while using the May survey indicating that new export orders rose with the weakest rate for about 2 years, linked just towards appreciation of the euro alongside reports of weakened requirement for imports from key markets, notably america.

“There are signs the soft patch has further to work. Regardless of the production trend slowing markedly in recent times, your order book slowdown has long been even sharper. Output has consequently grown at a rate than new orders in every of history several months, meaning that manufacturers can come stressed to rein-in production and staffing levels in coming months unless demandrevives. Of course, manufacturers’expectations of future production have sunk to a 20-month low, underscoring the gloomier economic picture.”