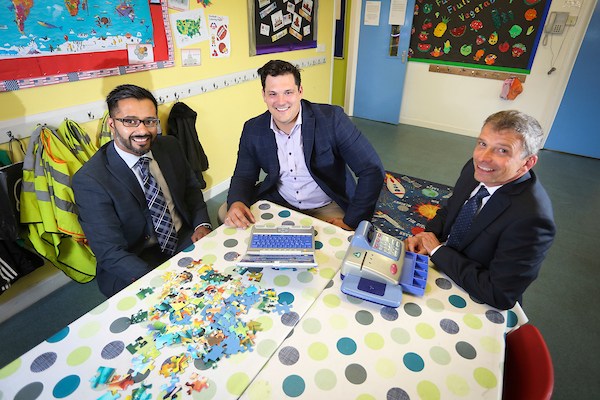 A Nottingham entrepreneur has added two further nurseries to his growing portfolio within an essential expansion supported by Barclays and Pattersons Commercial Law.

Simon Johnson, who already owned Lambley Day Nursery in Nottinghamshire has now added Little Stars Nursery’s two sites and an beyond school club in Hilton, Derbyshire for the group from a seven-figure deal.

Mr Johnson, who previously worked inside financial services sector with before starting a property development career and latterly into nurseries had been seeking additional sites that suited his structure for the last few years.

“I just attended school just down the road from your nursery thus, making this a beautiful special feeling,” explains Simon. “We been looking for site for a while mainly because it must be the right squeeze in relation to its what we is able to do to incorporate value where the current company is viable with prospects for further growth.

“Nevertheless, whilst there’s an component of seeking a ‘’plug in’’ business, each venue is often intending to have their own characteristics as well as its own subscriber base. Our obligation is always to learn what has been working well currently, which regarding Little Stars is a good multiple issues, and then in order that all aspects are a fantastic mainly because it can be by making use of our infrastructure to create new opportunities as well as economies of scale.

“We operate as a group but each nursery will retain its own identity and brand as that may be essential for their employees and of course the clientele who understand the familiarity of the individual nursery. We’re here to supply a solid structure for them all to thrive, safe in the knowledge that they have the safety and support with the group in it.”

East Midlands entrepreneur Rik Pancholi of Pattersons Commercial Law who advised Simon Johnson around the acquisition said: “Simon has built an extremely scalable business with his fantastic biggest challenge when it comes to growth was going to remain finding that next business that matches the model but can ascend to its two feet. He’s got found with Little Stars and I am delighted for him because he embarks over the next phase of his business.”

Robert Barke, Relationship Director at Barclays said: “Little Stars belongs to a group which includes a solid strategy and vision money led by Simon. We’re delighted to are capable of supporting him within the next phase on the group’s development along with long run growth strategy.”