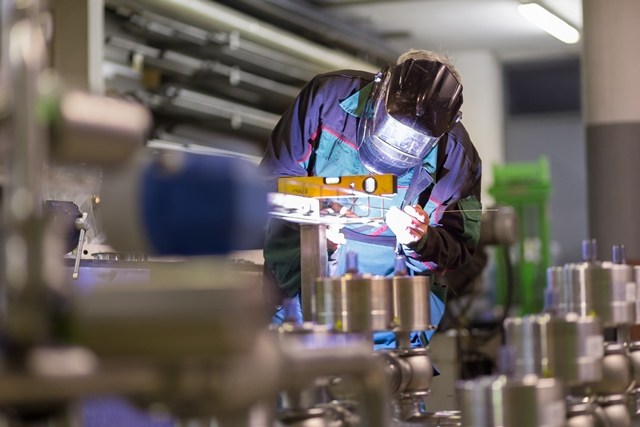 The slump in job applications through the EU has slowed since last year, but 17% of companies saw a drop in applications from European citizens.

A further 13% of manufacturers still benefit by an improvement in EU workers leaving their businesses. A number of employees are going back to the EU permanently, with companies can not recruit suitably skilled staff in great britain.

The report, Navigating Brexit: The Migration Minefield, calls on government to go swiftly to supply companies and also their workforce increased clarity covering the desolate man EU citizens in the UK to stem the outward flow.

Proper guidance for EU workers seeking settled status would do much to mitigate this condition, using the report.

In an attempt to stem the growing skills issue, information mill making plans to maintain onto older workers with specialist skills, with 16% having implemented or are presently implementing such policies.

Nearly half (47%) of the people manufacturers questioned can also be increasing training programmes for a lot of existing employees with 37% increasing apprenticeship and/or graduate recruitment programmes.

Improving pay and benefits packages is a route taken by 20% of companies in order to attract and retain staff longer and 21% are accelerating plans for automation.

Posting workers to your Europe, for a few months, might be more complex after March pick up, when Britain officially leaves the European Union. This will be a surprise on the almost three-quarters (71%) of manufacturers regularly sending employees with other EU member states,

Even a simple trip, which include attending a trade fair or exhibition for any day, which 57% of manufacturers say did in past times 3 years counts being an official “posting”.

A quarter (24%) of companies polled with the report are posting workers for servicing and repair in ongoing contracts with customers across Europe and more than half (52%) sending employees to Europe for sales and marking purposes.

Tim Thomas, Director of Skills and Employment Policy at EEF said: “Many companies never recognise that sending a staff member towards the EU to attend a conference or trade event includes the same posting mechanism as sending a person to the EU for that month or more.

“The government must deliver a good trade deal which lets businesses travel on the EU for brief term posting ought to be urgency.

“This is extremely crucial in regards to servicing and mending which have been tied into most contracts as well as a chance to attend trade fairs and market new releases and services to market into EU markets.”

Confidence up among Yorks & Humber as businesses bolster hiring