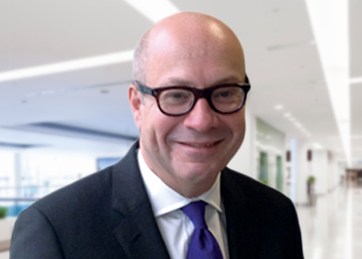 Business output throughout the uk has recovered from July’s six-year low, but optimism has hit its minimum level since May 2017, when business confidence wobbled pursuing the announcement of Theresa May’s snap general election, as per the latest Business Trends Report by accountants and business advisors BDO LLP.

BDO’s Optimism Index, which shows how businesses expect output to formulate in the following 3-6 months, declined by 0.43 points in August to square at 101.93. Britain’s services sector, which accounts for approximately 80 % of UK GDP, is feeling particularly gloomy about the future, with confidence falling for their minimum since March 2017.

This stop by optimism emerges 4 weeks once the UK’s services sector contracted for the first time in eight years, when output plummeted to 94.73 in July. While August witnessed an encouraging rebound, with output rising to 97.17, this remains 3.12 points underneath the output figure to do this time during the past year.

The manufacturing sector also experienced hook dip in confidence during August, despite an increase in output. BDO’s Manufacturing Index demonstrates that output rose from 100.16 in July to 102.06 in August, remaining comfortably within positive growth territory, but optimism slipped to get a second consecutive month.

This broad-based decline in optimism is an indication of the possible lack of political progress made on key economic issues, that include the UK’s trading arrangements, as Brexit negotiations reach an essential phase.

Compounding this, the international economic outlook in addition has soured, particularly in Europe, with anaemic wage growth and weak confidence threatening to undermine demand in Britain’s key export markets. Although government has set a target to increase exports to 35%, you’ll encounter disquiet that UK export volumes declined by 3.6% in Q2, driven using a stop by exports to non-EU markets.

Commenting for the BDO Business Trends Report’s findings, Peter Hemington, Partner, BDO LLP, said: “After more than eighteen months because UK dicated to leave the EU, the lack of progress about what our future trading relationships may be like currently is undermining business confidence and testing companies’ resilience.

“Using the services sector comprising much more than 80% of UK GDP, government entities have to do more to reassure businesses that it will protect Britain’s 26 million services sector workers as Brexit negotiations happen, particularly with the UK possesses the highest share of services exports than any leading economy.”

The, as long as your target market actually are aware of it – James Pinchbeck, Streets Chartered Accountants