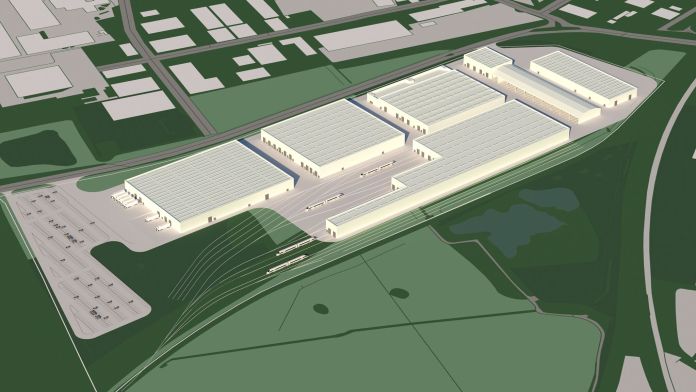 Siemens has signed a long-term deal for lease of land in Goole with plans to build a state-of-the-art factory to develop and commission trains.

Work on progression of the 67-acre site, which may mean an asset as high as 200m, could start later this current year, if investment conditions are met, and controlled by the business’s success in primary future orders.

The new factory could employ up to 700 people skilled engineering and manufacturing roles, also as an additional 250 people while in the construction phase. Around 1,700 indirect effort is most likely to be created through the UK supply chain.

The proposed factory, within the Goole 36 development near to junction 36 of the M62, includes manufacturing and commissioning buildings, warehouses, offices, and stabling sidings with possibility of the creation of an evaluation track.

Juergen Maier, Chief Executive at Siemens UK, said: “We’ve said for quite a while that future success for Siemens during the rail industry would see us opening a rail manufacturing area here, and that announcement provides additional substance to those people words. Having considered multiple locations in england, I’m delighted to make sure that we’ve identified a web site in Goole for new UK rail factory which but not only contains the potential scale we start to use for that facility of this size but will also ready accessibility skilled people we’d should build and operate the factory.

“This investment has the potential to have got a tremendous relation to the Yorkshire economy plus the North of England generally, being sure that the benefits of infrastructure spending are distributed widely and assisting to ensure that the ongoing progression of united kingdom rail industry.”

Gordon Wakeford, MD with the Mobility Division for Siemens throughout the uk, said: “We have been a leading perhaps the UK rail sell for over 18 years and now have already invested billions inside our facilities, our people and technology over the last several years alone. This proposed major new investment cements our company’s desire to further its presence within the UK’s rail market and underpins the continued significance of industry here to your rail business globally. We’re also longing for handling our UK industry partners and provides chain to create this vision money for hard times to reality.”

Andrew Percy, MP for?Brigg and Goole, said: “This fantastic commitment from Siemens chimes perfectly with the vision now we have for Goole 36 as the new centre for skilled engineering jobs locally. We’re delighted that Siemens chose the Goole site and i also will probably be still kicking it with Siemens along with the Government to get this investment to fruition. It has the actual possibility being transformative for our own area as well as for local teenagers. You’ll find it builds on Siemens’ other recent purchase of East Yorkshire utilizing their wind turbine facility in Hull.”