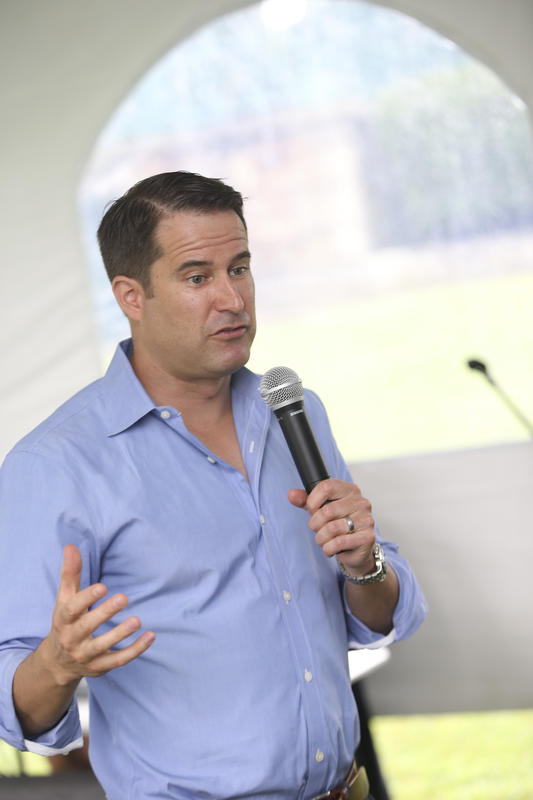 Despite speculation driven partially by increased involvement in 2018 congressional races nationally and endorsements from military leaders, U.S. Rep. Seth Moulton says he’s not creating a run for president in 2020.

Moulton (D-Salem) told the Herald yesterday that he’s simply focused on winning back the home.

His comments came following a town hall meeting in Wakefield, where he took questions in topics that ranged from Medicare to immigration.

“Look, I’m not going to run for president in 2020,” Moulton said. “I’m completely focused entirely on 2018, where I do believe we will have to win back your property in order to some balance in Washington and also to put a evaluate this president.

“And in case you look at everything I’m doing,” he continued, “from traveling around the country, the candidates I’m endorsing, the races I’m getting associated with, plenty of time I’m spending both here and at home … is to be certain we win in November.”

Moulton appeared on HBO’s “Realtime with Bill Maher” Friday and said his Republican colleagues in Congress lacked the “courage,” to face about President Trump.

“The duty of Congress should be to face up to the president plus the White House when they’re trampling over our constitution,” Moulton said. “I believe that my Republican colleagues be aware that he’s carrying out this. I listen to it their own in private, nevertheless they won’t say it in public. So, they know what’s occurring, merely don’t enjoy the courage to talk about anything concerning this to stop it.”

Manufacturing innovation to become celebrated at Built in Lincolnshire 2018 Magazine